René Folke starts again the music classes from July 1919. In February 1920 the Philharmonic Society reassembled with Justin Serlooten as chairman, Paul Debruyne as conductor and Jerome Peel as adjucnt conductor.

René Folke leaves the association in 1920 and Jerome Peel takes the music theory and instrument lessons over.

On July 14, 1922 he became conductor of the association which counts 30 musicians.

A flag is made by Caesar Gillodts, tailor in Steenvoorde for St. Cecilia 1922. The ancient embroideries nearly a century old, are in sewn in 1932 (winches - laurel wreath - coat of arms of the city - the foundation date - the name of the association) .

In 1924, the kiosk is repaired by the company Moutier from Bailleul and railings are placed around by the Maison Quille from Merville.

On September 18, 1928 the public council decides to dress the Philharmonic Society with an artillery suit, an officer collar and kepi. This costume was received in 1929. 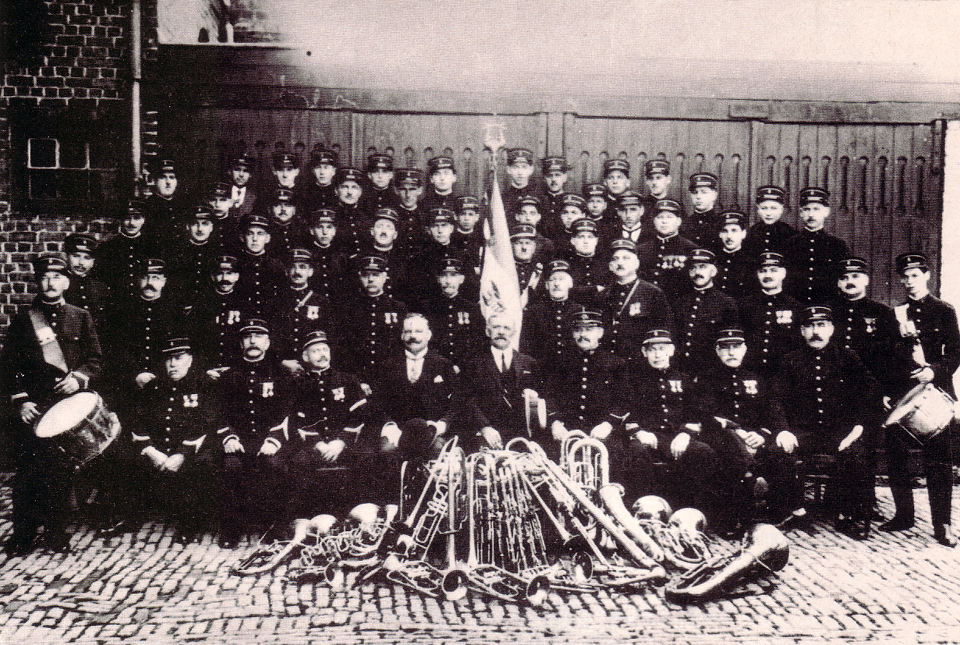 July 14, 1929, the company has 55 members. The photo was taken in the courtyard of the brewery Becuwe, Poperingestraat. Felix Delobeau was just president. 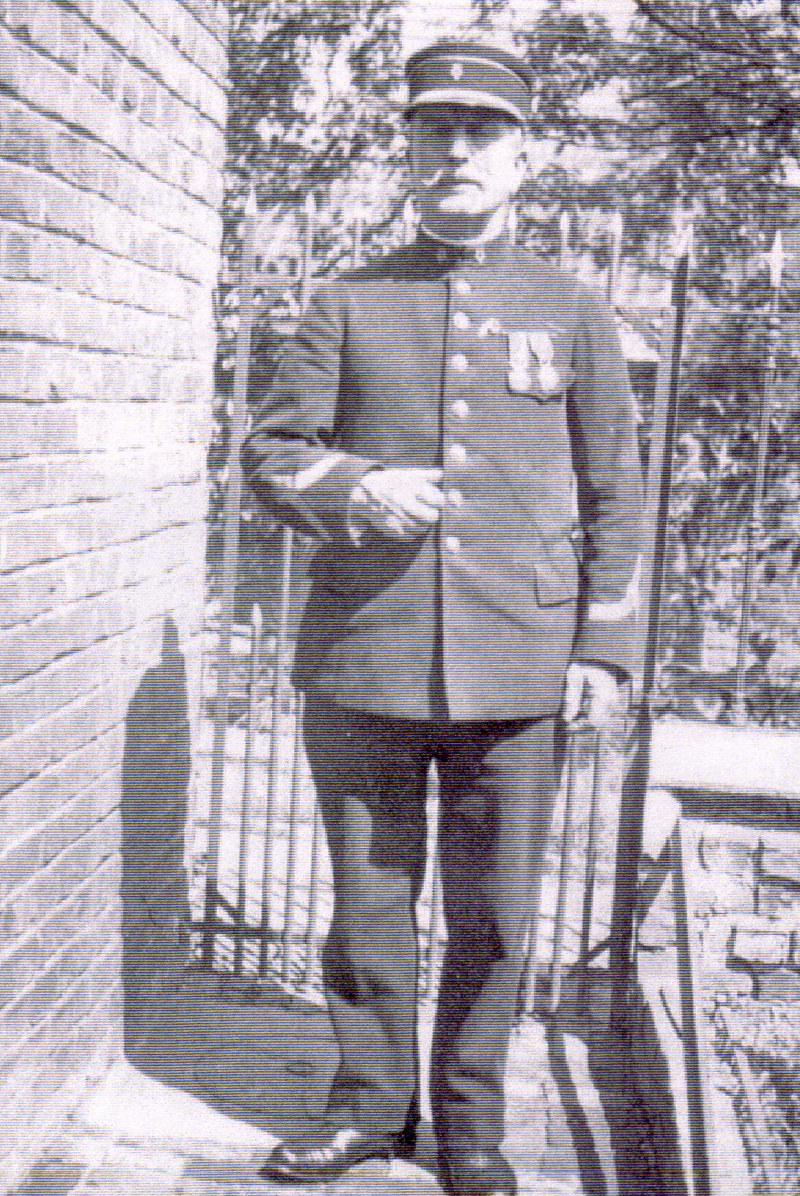 In December 1936 Jerome Peel is forced to resign as conductor for health reasons.

New students join the association and they are 55 musicians to play with Mr. Théry on July 2, 1939 in Boeschepe, July 9 in Hondschoote and August 20 in Oostende.